Over New Years, we headed to Wales, as stretch our legs and walk up in the snowy mountains. Here’s a few photos that I took from the tops of Y Glyderau, the first from Castell y Gwynt, looking towards Glyder Fawr, the second from our ascent – looking over towards the epic Snowdon Horseshoe, and the last as we were heading down Bwlch Dwyglydion, with Llyn Cwmffynon at the bottom. Fantastic day out in the snowy Welsh mountains. 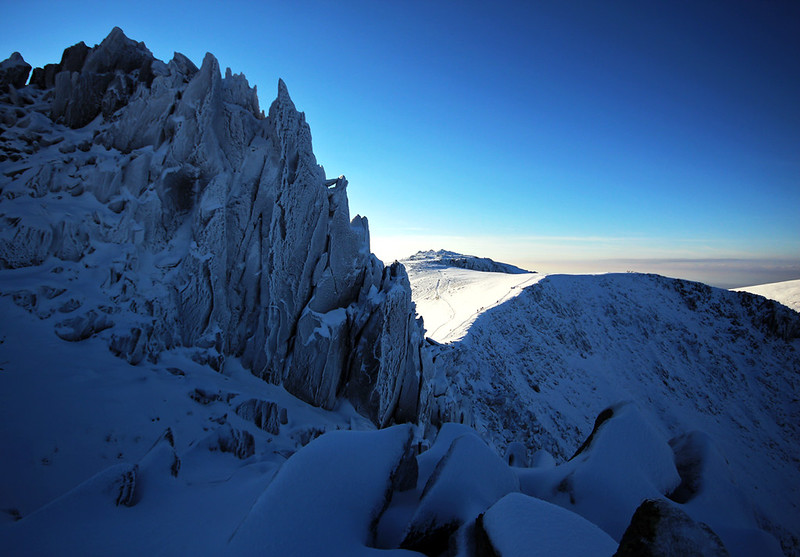 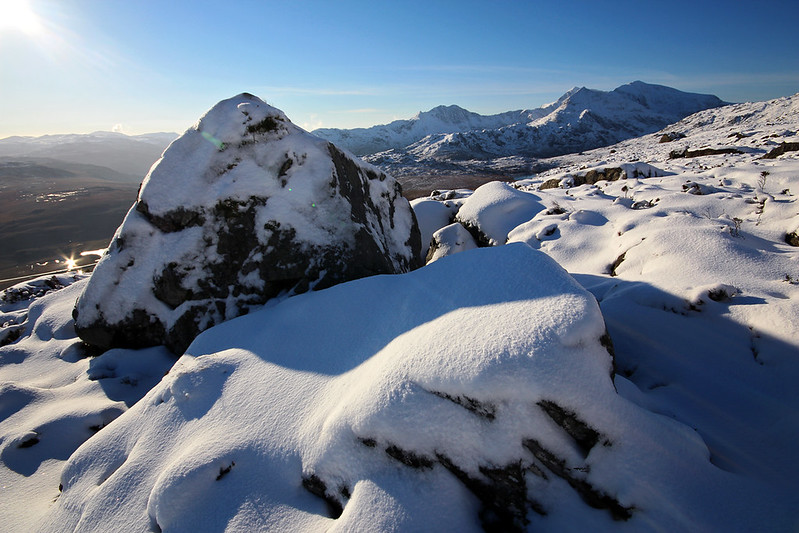 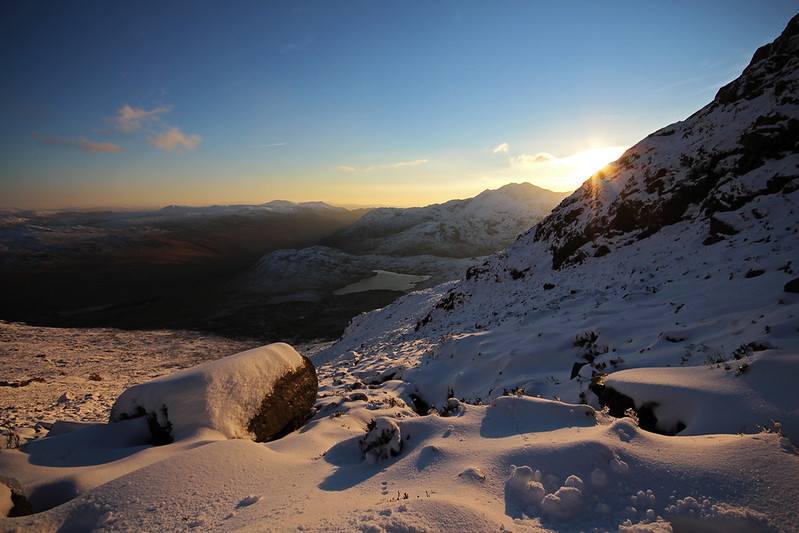 A couple of weekends ago, I headed back to Wales for the weekend – for a short break, hiking and beach fun with Regi. I borrowed a friends 60mm and 10-20mm – both fantastic lenses. Never thought I’d have so much fun with the 60mm macro lens as I’m really comfortable using a wide angle lens for my mountain photography, but I loved playing around with it.

The first picture is from Ynys Llanddwyn, and the second is the sun set down at Dinas Dinlle. 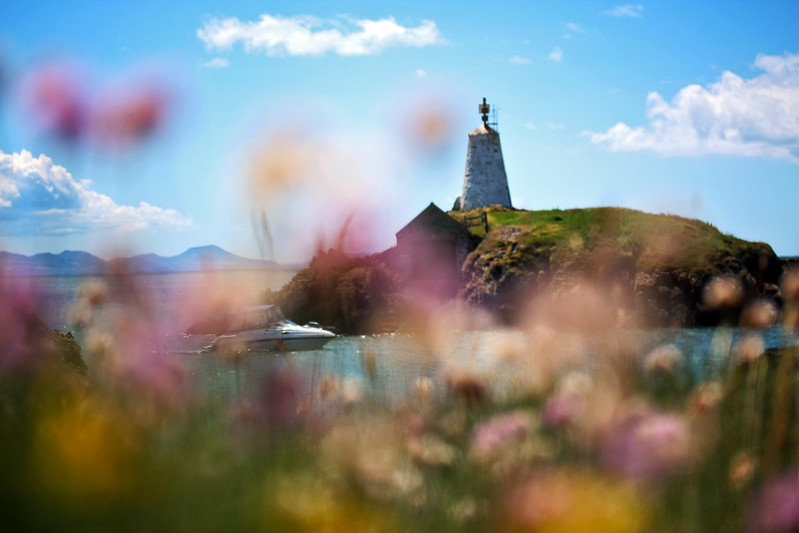 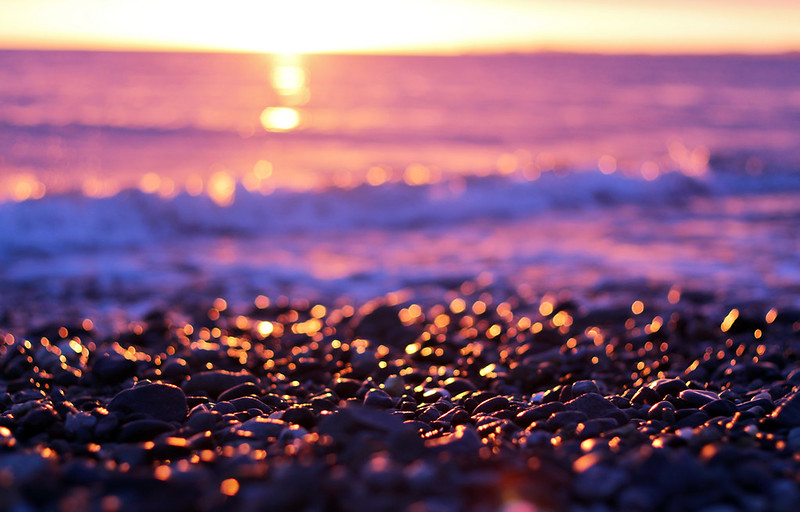 As I spent all of my Christmas holiday relaxing to the max in Germany, I decided to head over to Wales to say ‘hello’ to my family and friends the second weekend of January – and for a second Christmas.

Since I don’t get the chance to go out much around Dublin/Ireland these days, I often look on Flickr to see of any nice locations people are finding in Wales, and making a list of where to visit when I get the chance to head back home. However, this time – by pure coincidence, I came across an very small thumbnail of the Nantlle Ridge, taken from somewhere that I’ve never seen before. I personally love the Nantlle Ridge, I’ve always tried my best to capture it as best as I can – but this new view I saw from the thumbnail was mighty epic. I put my OS Map skills to work, and quickly figured out that it was taken from above Cilgwyn, on a wee hill called Pen-y-Cilgwyn. This was somewhere I’ve never visited before (in all my years living literally 5mins away) as it leads up to the Cilgwyn landfill site – but boy! does it have a view – my personal new favourite view of the Nantlle Ridge: The last image is of the mighty Snowdon Horseshoe – taken from a wee lay-by in Dyffryn Mymbyr, as I drove around taking in the landscape when I don’t get a chance to head up to the mountains when I’m home.

We headed to Wales for a short break this week – to hike and to relax for a few days. Unfortunately, the weather wasn’t on our side, so we only managed a short hike up Yr Aran, and decided to be ‘tourists’ and visit a few of Snowdonia’s top tourist spots. The first photo is taken from the summit of Yr Aran, looking towards Snowdon and into Cwm Llan, and the second is a short test I did at the Swallow Falls waterfalls in Betws y Coed, playing with ‘long’ exposure in the daylight. I didn’t have my tripos with me, so this was as long as I could manage without getting some major motion blur. Here’s something different than the usual – an almost abstract shot that I took of Afon Llugwy, which is much different from my usual panorama, it was nice to play around with this in Post, as I quite like the results.

As I’ve updated my photography section I decided to head into my iPhoto to look for any un-stitched/edited panoramas that I might have hanging around, and boy – I found a couple of what I thought was really nice. I’m not too sure why they were left un-stitched, as I really love they way the came out, especially the first one, looking towards Snowdon (on the left), with the Nantlle Ridge swooping to the right, and Moel Hebog standing strong in the distance. The last is somewhat different. When I headed over to Wales a couple of weekends back to see my family and for my big Birthday, I decided one evening to scout the land for possible location ideas for a short film that I’m currently thinking about animating. I really like the location, and the old tree is perfect. Taken from the slopes of Mynydd Mawr, in Dyffryn Nantlle.

Hello, I’ve gone ahead and created a new section for my ‘Photography work’. I wasn’t too happy with how my photos were previously displayed, so I’ve joined Tumblr and created a whole new page that’s linked to my homesite and Flickr.

(If anyone knows how to disable the ‘click to load more pics’ function and have all my photos load at once on this theme and Tumblr, please get it touch, as I’ve searched high and low – and can’t find a work around anywhere)

I had this great idea of somehow using a webcam that’s beautifully located on top of Elidir Fawr in Snowdonia to create a time lapse video of Snowdon. After trawling through the net, I came across a script that would work – but needed some tweaking, but in the end I managed to create something that would download a .jpg at 2 mins interval, over a 24 hour period from a provided URL (in this case, the Elidir Fawr webcam)

There’s a few black frames towards midday when the sun was directly shines into the camera (I guess this is what’s causing this to happen?), but I think the test came out really well.

Yesterday, I asked a fellow colleague and super talented Luke Harris if he could think of a super efficient way of creating such a project, and he (within 15 mins!!) wrote a whole new script that does exactly what I want it to do, with all sorts of epic features – so stay tuned, I’m going to be testing his script over the next few days/weeks as I have something really cool in mind with this medium.